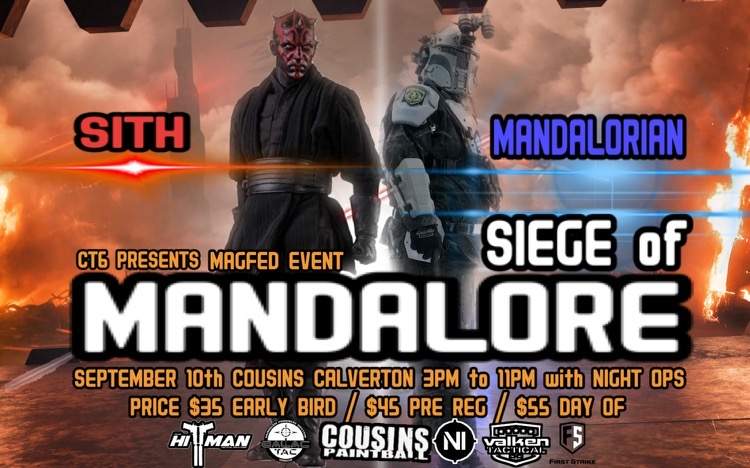 The Fate of the Galaxy is in Your Hands

Mandalore was a planet located in the Outer Rim Territories.  It was the home world of the Mandalorians, a fearsome warrior people who fought the Jedi and raided their temple during the fall of the Old Republic.  Wearing distinctive armor that was often made from Beskar, they were feared throughout the galaxy and had political influence over two thousand other star systems.

Years of war left the planet inhospitable, forcing the Mandalorians to live within domed cities.  A pacifist regime came to power at the end of these wars, led by Duchess Satine Kryne, who joined the Galactic  Republic.  While those who refused to give up their warrior ways were exiled to the moon Concordia.

The event is finished.